A parcel and fish 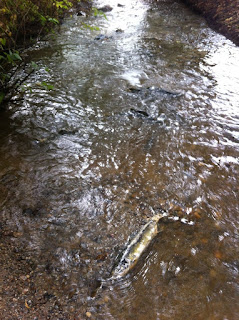 Social injustice in British Columbia isn't a thing of the past. It didn't end with residential schools. There are teens in my province who need help today. I mailed a parcel the other week to the high school in the northern part of my province where I am involved with a project to provide food and clothing to homeless teens. Inside were new, warm winter socks, tuque's, a scarf and money to buy gift cards and voucher's at a local grocery and fast food store. In the past several weeks I have taken some time and searched a bit online where I found out about Threshold housing, located in Victoria BC and Covenant house, located in Vancouver BC. Both of these organizations are dedicated to housing homeless teens. Covenant house which assists around 1500 + youth a year have a lot of programs. They also supply both emergency and longterm housing. Threshold which has helped 300 youth in housing since 1992 is a smaller program but they also offer two different types of housing based upon needs. Both have program's to teach basic's like budgeting and cooking and they stress the importance of the relationship with the teen and building trust with staff. Both receive about half of their money from the government and the remainder comes from donations from business's and individual's. It was thrilling to read about the board members at Threshold and their obvious devotion to there project felt genuine. It is this shared vision to make this world a better place that made this parcel a reality. Later that day in town we visited a park where we watched salmon spawning. It was amazing watching the enormous amount of energy the fish expend to swim up the creek. The return on giving is an investment. The results like spawning continue forever.
Sent from my iPhone
Posted by Ronda@islandmother at 17:53 13 comments: